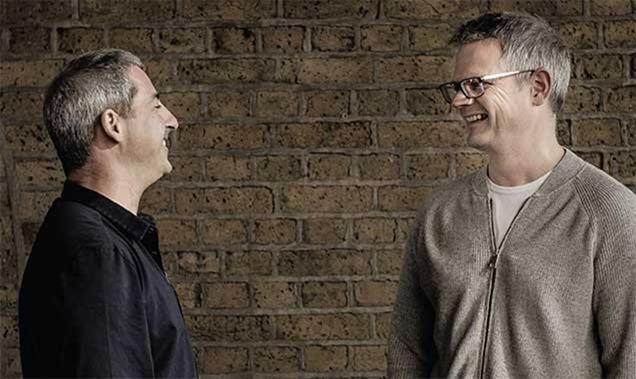 The fixed-rig pioneers talk to Chris Curtis about implementing a growth strategy while holding on to their core creative principles, life under ITV, and taking a ‘box-set approach’ to factual
“It all sounds a bit businessy,” muses Nick Curwin. He and fellow chief executive Magnus Temple have spent just over an hour outlining their vision for The Garden, and he’s concerned that the strategy sounds as though it was cooked up over a spreadsheet.

“Making exciting, interesting programmes is fundamental beyond all else,” he says. “The plan comes from the programmes, rather than a numerical strategy.”

That’s why The Garden continues to develop “three-part doc series that will take forever and probably over- spend”, while quietly working towards a clear (and actually rather businessy) strategy of becoming a “stronger, maturer, more sustainable company”.

When The Garden was bought by ITV two-and-a-half years ago, its target was to go from working largely for Channel 4 and BBC2, with a single returning show (24 Hours In A&E), to becoming a supplier to each of the UK’s terrestrials, with a returning brand for each.

Potential returners
Progress has been good: the company is in production with all five terrestrials right now; …Police Custody has joined …A&E as a returner for C4; Channel 5 is bringing back 10,000 BC for a second run; and an under- wraps Anne Robinson vehicle is likely to be a returner for BBC1, building on the indie’s Britain’s Spending Secrets, which delivered 5.7 million viewers in August.

There are “seeds” of potential returners on BBC2 and ITV, but Temple is at pains to stress that none of the growth has been at the expense of the company’s creative principles.

“You have to be true to yourselves, rather than go after cynical business,” he says. Curwin chips in: “We’re not trying to be the most commercial company we can be. That’s always been the case, and ITV is not telling us to be anything other than what we are.”

If ITV’s attitude doesn’t sound like that of a listed parent company, that’s because Curwin and Temple believe consolidators are becoming increasingly sophisticated in how they deal with their production assets.

They should know, having been part of a landmark indie deal in early 2007.
Firefly, their company at the time, was the smallest component of Shine Group’s triple acquisition that also included Kudos and Princess Productions. Three years later, and almost immediately once their earn-out had concluded, they rather boldly left Liz Murdoch’s powerhouse to go it alone and launch The Garden.

By 2013, they were back in corporate ownership, having sold the business to ITV.
The duo believe the recent spate of indie deals is a more mature phase of consolidation than the first wave they took part in.

Curwin says consolidators have learned from what has gone before, as have many second-generation indies, resulting in more nuanced deals.

“There are good deals and bad ones – I suspect there are some deals that make one feel the heavy hand of the finance director [he is quoting Jay Hunt on the topic at Edinburgh], or make one watch the clock.

“But there are other deals that can be liberating and propel you further. We’re definitely in that situation now.”

They are currently mid-way through a five-year agreement with ITV, which included a “healthy” upfront payment of £18m.

“That doesn’t undermine our ambition, but it does give us a level of security – we don’t have to go about things with a state of anxiety,” Curwin says. “We can make an investment because it’s the right thing to do, rather than be distracted by what effect it will have on the earn-out.”

Temple is candid about the restlessness that he believes is an inherent trait of many producers: “There’s now a realism out there, which is good for the industry. Creatives will do what they want for a period of time, as long as they feel motivated. Some turnover is a good thing – so people aren’t stuck in the same place for life.”

That’s not to suggest they are on the move any time soon. They feel at home with ITV, thanks in part to a pre-existing relationship distribution deal with ITVS Global Entertainment. Plus, Curwin spent nine years working at what is now ITV Studios early in his career – “I met my wife in the tower,” he grins.

ITV Studios managing director Kevin Lygo and UK managing director Julian Bellamy play an important role for The Garden, closer to creative consultants than heavy-handed owners. They are formally updated at a board meeting every quarter, interspersed with “a monthly gossip with Kevin or a bite of breakfast with Julian”.
In each case, “simple, creative conversations” are on the agenda.
“It might be that we have an idea that we really think there’s something in – but the broadcasters are not sure. So we ask them whether we should pursue it, even though the market seems to say not to,” Temple reveals.
Those broadcasters are almost exclusively British. The Garden is different from many of its peers in not overtly targeting overseas net- works, and specifically the US.
The focus, instead, is on super-serving UK broadcasters in the knowledge that some of those ideas will have international potential, most notably strong tape sales of flagship brand 24 Hours In A&E.
Curwin says: “Some broadcasters seem to see back-end sales as a dirty word, but having success with tape sales is a good way of being precisely the type of production company that broadcasters want us to be. Without it, we can’t pitch short-run domestic documentaries – I slightly wish broadcasters could see that.”
Temple believes the company’s strong British focus also plays to its strengths.
“A lot of companies do maybe 50% of their work internationally – and there is a lot of work out there. But you notice they slightly lose their UK profile because you can only really invest in a certain number of things.
“Of course, we want to do more internationally facing work and help other companies make our formats, but our focus creatively is the UK.”

This is helped by securing high-volume orders from C4. The latest is the biggest single order yet for flag- ship brand 24 Hours In A&E – 34 episodes to be produced from a single eight-week shoot – and a further 16 episodes for spin-off 24 Hours In Police Custody. Both are in production, the former to an exacting formula of 1.6 shoot days per episode.

C4 privatisation
Curwin and Temple have been making programmes for C4 for a dozen years and say it is “dear to our hearts”.

So are they innately nervous about the rumours of privatisation? Could C4’s remit be fulfilled if it was run for profit?

Curwin says: “The advantage of flogging it is that the Treasury gets a billion pounds, and I know George Osborne needs as many billions as he can get. But I’d urge him to think very hard about messing with a little gem.

“Would it be a catastrophe if C4 was in private hands? No one really knows – but I wouldn’t take the chance.”

Neither would Temple, who warns against a “simplistic” approach to using C4 to balance the books.
“The value of C4 is not just what’s on the channel, it’s in nurturing creative talent and taking risks. Imagine a worst-case scenario: C4 is completely commercial and the BBC is a small rump. Then you really would start to think about what’s left of the creative culture of this country,” he says.
ITV is a key part of that public service broadcasting ecology and it has found factual more challenging than C4 or the BBC in recent times. The duo acknowledge that, but Temple has sympathy for how “unbelievably exposed” factual shows are on ITV’s main channel, compared with C4’s ability to nurture brands whose first outing wasn’t stellar. “The notion that something completely new has to get 3 million viewers out of the door is tough,” he says.

The pair talk to director of factual Richard Klein regularly about the channel’s factual identity and Curwin is bullish: “We always say, under- estimate Richard at your peril – and we’re along for the ride. We’ve said to him, ‘use us to help figure this out’.”

The Garden’s big hope for a returning ITV series is Saved, which was piloted and has been taken to series. Not for The Garden a by-the-numbers celebrity travelogue: Saved reconstructs the stories of people who have been saved from accidents not by emergency services but by members of the public.
“It’s right for ITV – but it its properly exciting and filmic. Our team gasped when we screened the pilot in the office. There’s nothing we’re prouder of – it’s not as though its a bit shit and we have to pretend it’s cool,” Curwin says.

The Garden makes a conscious effort to be ambitious and Curwin and Temple pay tribute to their (quite large) team of hard-working executive producers, who they say push through tricky projects with calmness and creative thinking. David Wise, director of programmes, gets special praise for guiding that team, and for engendering loyalty by helping them “make the kind of shows they want to make”.

Curwin and Temple are also looking around the world for inspiration, hoping to identify trends that can stimulate their staff and intrigue British commissioners.
Temple says: “The notion of box-set factual is really interesting. I’m envious of both Serial and The Jinx, and you’ll see the consequences…”

Curwin’s enthusiasm gets the better of him and he jumps in: “We’ve got something in development with C4 and with the BBC as a direct result of us thinking about binge and box-set factual. Trying to come up with ideas that turn heads is exciting.”